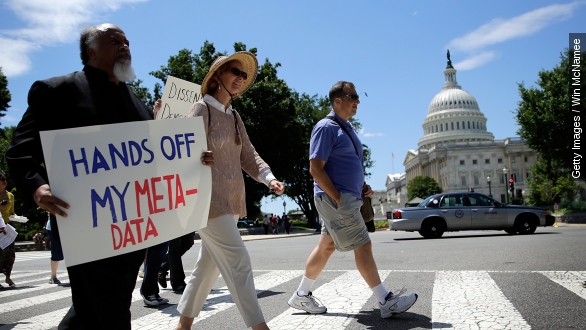 The National Security Agency's practice of collecting Americans' information from telephone calls is illegal, according to a court ruling Thursday.

A federal court ruled, "The telephone metadata program exceeds the scope of what Congress has authorized and therefore violates Section 215."

Section 215 is the part of the Patriot Act the NSA has used to justify collecting the phone records of millions of Americans.

Notice the court did not say the program was unconstitutional or violated anyone’s rights — just that the NSA went beyond the scope of what Congress intended with the Patriot Act. That said, the court didn’t order the NSA to stop the metadata collection — that’s essentially up to Congress.

That’s because the Patriot Act is set to expire June 1. Lawmakers are divided on whether to reauthorize it, modify it, or let it expire. (Video via C-SPAN).

This appellate federal court ruling comes after a December 2013 ruling from a judge who decided the NSA's metadata collection was legal.