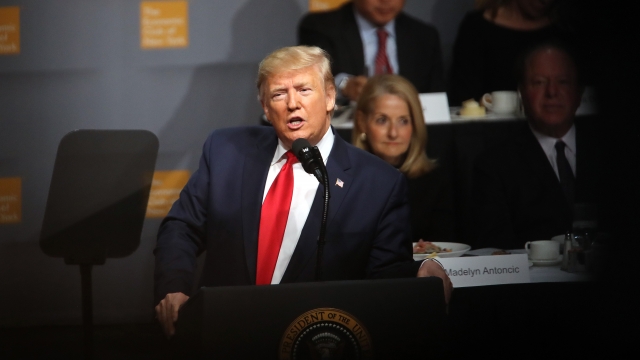 Let's go back to the beginning of the case. The House Oversight and Reform Committee subpoenaed the president's accounting firm Mazars USA in April for his tax documents.

The request for information came after Michael Cohen accused President Trump of previously inflating his assets for insurance purposes.

President Trump followed up by launching a lawsuit against the committee's chairman, saying the subpoena lacked a legislative purpose.

A three-judge appeals court panel disagreed with that argument in October and ordered Mazars to comply with the subpoena.

President Trump petitioned the full appeals court to reconsider the panel's decision. But on Wednesday, the entire panel of 11 judges rejected his request, 8 to 3.

It's unlikely the House committee will see the president's tax records any time soon. His lawyer already said they're going to ask the U.S. Supreme Court to review the case.

This is just one of several legal battles President Trump is fighting to ensure his tax returns aren't released.