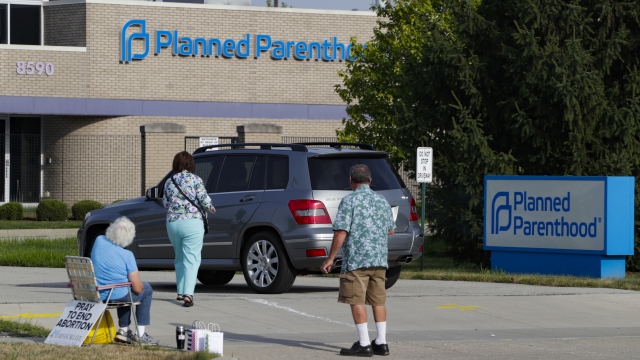 SMS
Appeals Court Upholds Texas Abortion Ban Amid Coronavirus
By Bailey Vogt
By Bailey Vogt
April 8, 2020
A panel of Fifth Circuit Court of Appeals judges ruled Texas can include most abortions in its list of non-medically necessary surgeries.
SHOW TRANSCRIPT

An appeals court is allowing Texas to limit abortions as part of the state's coronavirus response.

A panel of Fifth Circuit Court of Appeals judges ruled Texas can include most abortions on its list of non-medically necessary surgeries — only allowing them if the mother's life is in jeopardy.

In the majority opinion written by U.S. Circuit Judge Stuart Kyle Duncan, an appointee of President Trump, the court said “when faced with a society-threatening epidemic, a state may implement emergency measures that curtail constitutional rights so long as the measures have at least some ‘real or substantial relation’ to the public health crisis."

Texas officials said abortions were put on hold to help preserve medical equipment for coronavirus treatment. But groups that support abortion rights like Planned Parenthood sued. They called the orders unrealistic because forcing a woman to wait weeks or months for an abortion could prevent a woman from getting one at all.

The ban was originally blocked by a district judge, allowing abortions to continue while court proceedings played out. The 5th Circuit overruled that decision on a 2 to 1 vote and allowed the ban to proceed. It is expected that the U.S. Supreme Court will take the issue up next.

The ban is set to expire on April 21st but could legally be extended. Similar legal battles are taking place in Alabama, Iowa, Ohio and Oklahoma.