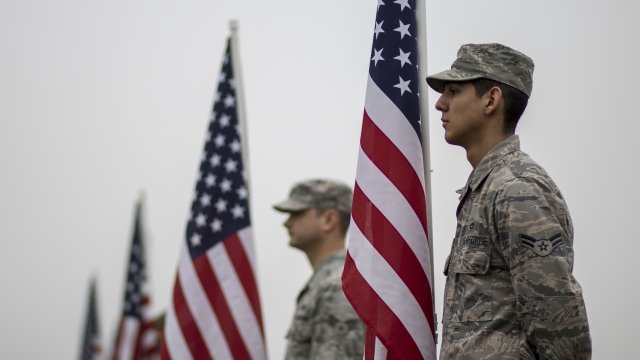 The Trump administration's ban on openly transgender people serving in the military just got its first win in court.

The D.C. federal appeals court reversed the lower court's injunction that prevented the ban from going into effect.

The judgment said the lower court was wrong to view the order as a "blanket transgender ban." The appeals court said it "appears to permit some transgender individuals to serve in the military consistent with established military mental health, physical health, and sex-based standards."

Those other injunctions blocking the ban's implementation are still in effect, so this appeals court ruling is effectively moot.

The appeals court noted that this is not its final ruling. But in the interim, it's giving a lot of weight to the military's own judgment on how to govern itself.