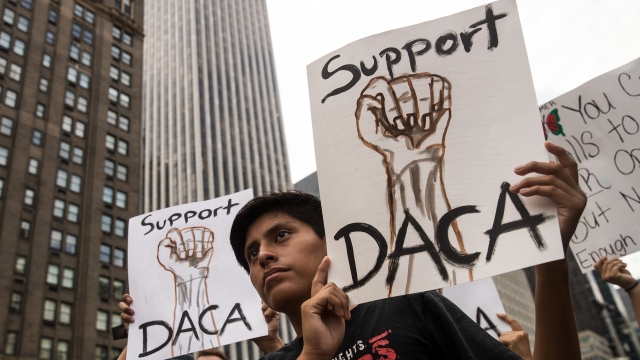 Another federal appeals court handed the Trump administration a loss in its fight to end the Deferred Action for Childhood Arrivals program.

The Fourth Circuit Court of Appeals handed down a ruling Friday that called the way the immigration program was rolled back unlawful.

In September 2017, then-Attorney General Jeff Sessions announced plans to end the Obama-era program that protected undocumented immigrants brought to the U.S. as children from deportation.

The court said that decision was "arbitrary and capricious" because the administration "failed to give a reasoned explanation for the change in policy."

The judges' ruling says DACA needs to be restored, but that already happened, thanks to rulings from other federal courts.

The Trump administration could appeal this decision to the Supreme Court, where a few other DACA cases are already pending on the high court's docket.