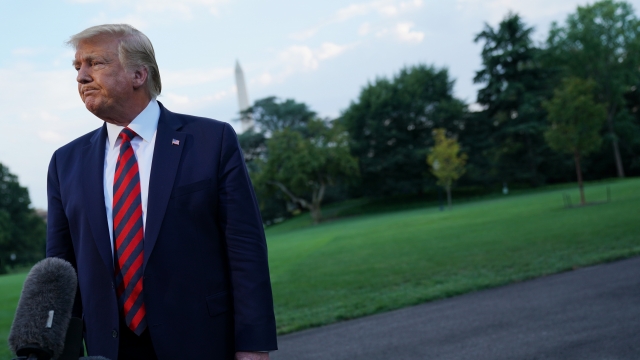 A federal appeals court has brought a previously dismissed emoluments lawsuit against President Trump back to life.

The 2nd Circuit Court of Appeals ruled Friday that a lawsuit filed by a group of New York and D.C. restaurant owners can proceed. This suit was previously dismissed by the federal district court in southern New York.

The restaurant owners argue they're losing business to Trump establishments. They say foreign officials choose to do business at Trump hotels or restaurants instead of theirs "in the hope of enriching the President and earning a reward from him through official Presidential action favorable to their governments."

This is just one emoluments lawsuit the president is facing. Another was filed by hundreds of congressional Democrats. President Trump's first motion to dismiss the case was denied by the district court, and he has filed an appeal.

A third suit was filed by the attorneys general of Maryland and Washington, D.C. Their case was dismissed by the 4th Circuit Court of Appeals in July, but they recently requested a new hearing after President Trump talked about hosting next year's G-7 summit at his hotel in Doral, Florida.