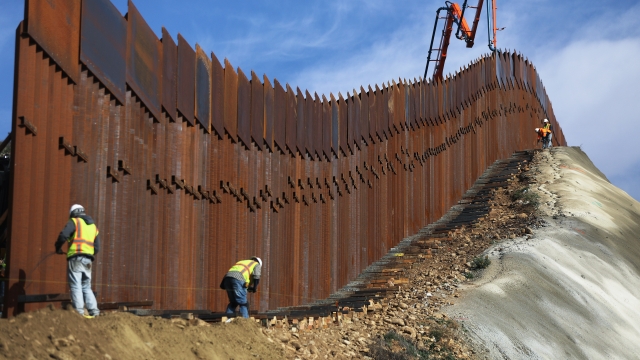 SMS
Appeals Court Says Military Funds Can Be Used For A Border Wall
By Katherine Biek
By Katherine Biek
January 9, 2020
The 5th Circuit Court of Appeals' 2-1 decision temporarily halts an injunction issued by a federal judge in Texas last month that blocked the funds.
SHOW TRANSCRIPT

A federal appeals court ruled the Trump administration can use $3.6 billion in Pentagon funds to build more barriers along the U.S.-Mexico border.

The 5th Circuit Court of Appeals' 2-1 decision temporarily halts an injunction issued by a federal judge in Texas last month that blocked the funds.

In its brief order, the appeals court pointed out the U.S. Supreme Court stayed a similar injunction last year, granting the Trump administration access to a separate set of military construction funds for the border barrier project.

The appeals court also said it believed there was a "substantial likelihood" that the plaintiffs lacked legal standing to sue in this case.

In their lawsuit, El Paso County and the Border Network for Human Rights argued that President Trump's 2019 national emergency declaration doesn't meet the criteria of an "emergency," and that the president overstepped his authority when he declared the emergency to access funds that Congress had already denied.

While the appeals court's decision gives the White House the OK to reallocate the funds, it still has yet to issue a final ruling on the merits of the case.