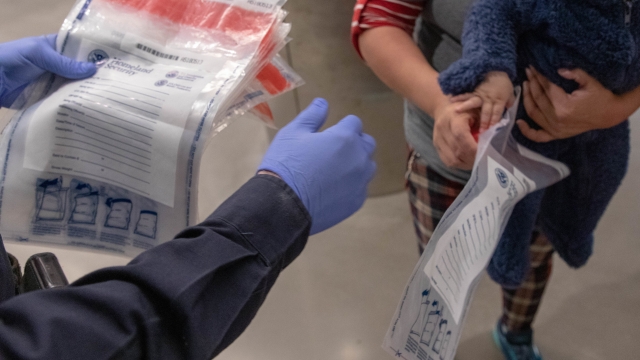 SMS
Appeals Court Blocks Tough Asylum Rules — But Only In Calif., Arizona
By LeeAnne Lowry
By LeeAnne Lowry
August 17, 2019
The court issued a decision that allows tough asylum restrictions to apply — except in California and Arizona.
SHOW TRANSCRIPT

The Ninth Circuit Court of Appeals issued a decision Friday that lets the Trump administration's tough asylum restrictions apply in half of the states at the U.S.' southern border.

The restrictions require asylum-seekers to apply for protections in the first safe country they pass through before they can seek refuge in the U.S. That effectively cuts off the land route to asylum for many people from Central America. A California district judge blocked the policy, arguing that it endangered migrants.

The appeals court answered the question as to whether the district judge had the authority to issue a nationwide injunction. It decided the judge was right to rule that the asylum restrictions are unlawful but didn't have the jurisdiction to block the rules nationwide, as the only border states under the judge's jurisdiction are California and Arizona.

To put it simply: Central American migrants who cross the southern border into California and Arizona can apply for asylum there. But the restrictions can be imposed if migrants crossed into Texas or New Mexico.