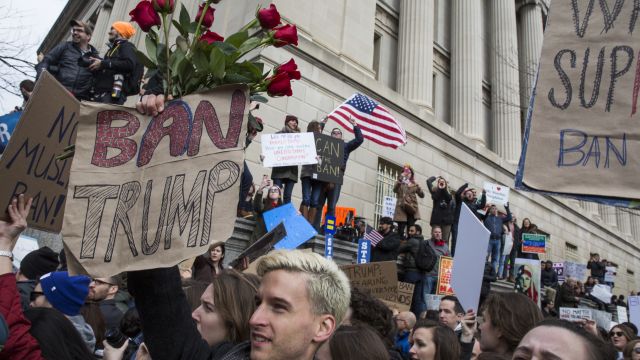 The ruling comes after a contentious hearing, during which three judges heard arguments from both the U.S. Justice Department lawyer defending Trump's immigration order, and the attorney for two states looking to strike it down.

The hearing lasted for about an hour and was conducted over the phone and streamed live on the court's website. 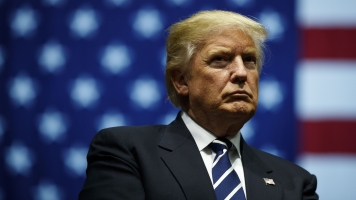 During his first week in office, Trump issued an executive order temporarily restricting immigration and travel from seven Muslim-majority countries, banning the U.S. from accepting refugees for 120 days, and halting travel into the U.S. by all Syrian refugees indefinitely.

Protesters have been very vocal about their opposition to the ban ever since it was put into action. And it didn't take long for a federal judge to impose a nationwide stay on the executive order.

Before the appeals court announced its decision, Trump expressed his own opinion on the legal battle.

"Courts seem to be so political, and it would be so great for our justice system if they would be able to read a statement and do what's right," Trump said.

Even though the judges have made their decision, either side could now ask the Supreme Court to get involved.