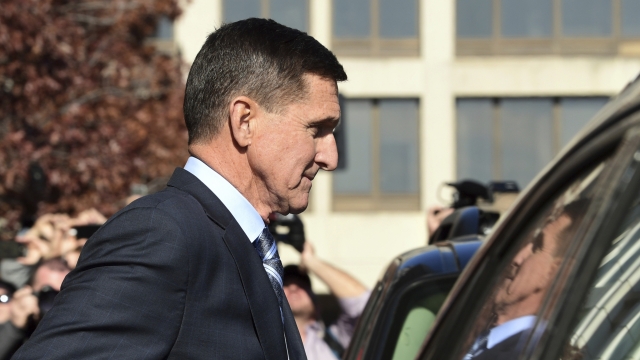 SMS
Appeals Court Dismisses Case Against Michael Flynn
By Bailey Vogt
By Bailey Vogt
June 24, 2020
The D.C. Circuit Court of Appeals ruled 2-1 Wednesday that the criminal case against the former national security adviser should be tossed out.
SHOW TRANSCRIPT

The 2-1 ruling Wednesday by the D.C. Circuit Court of Appeals prevents judges from further prosecuting the case.

Flynn pleaded guilty in 2017 to lying to the FBI during special counsel Robert Mueller's Russia probe. However, the Justice Department announced in May they would no longer pursue criminal charges against him.

Two of the judges agreed with the Justice Department's reasoning for dropping the case, arguing the items Flynn pleaded guilty to lying about weren't related to the case. The third judge, in his dissent, accused the court of exceeding its jurisdiction.

President Trump — who's repeatedly called for Flynn's exoneration — praised the ruling on Twitter, calling it a "great" decision.