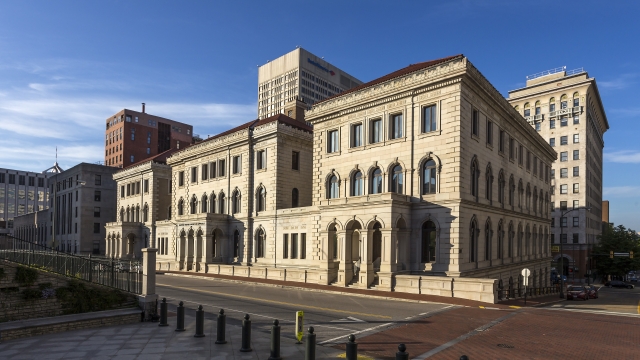 A federal appeals court has blocked a lawsuit against President Donald Trump filed by the attorneys general of Washington D.C. and Maryland.

The U.S. Court of Appeals for the 4th Circuit issued its unanimous decision Wednesday. The three-judge panel said the attorneys didn't have legal standing to bring the suit against President Trump — which alleges that he violated the U.S. Constitution's Foreign Emoluments Clause. That provision says U.S. government officials can't accept payments or gifts from foreign governments or agents of foreign governments.

The complaint specifically alleges President Trump received payments from foreign governments to stay at his hotel in Washington, D.C.; collected trademarks from China; and made money off licensing deals for his show "The Apprentice."

The judges' decision also blocks dozens of subpoenas issued to government agencies and the president's business enterprises for financial information about his hotel in D.C.

Responding to the news of the ruling, President Trump said he won "a big part of the Deep State and Democrat induced Witch Hunt... I don't make money, but lose a fortune for the honor of serving and doing a great job as your President (including accepting Zero salary!)."

Editor's note: A previous version of this story incorrectly reported that the lawsuit was filed by congressional Democrats. We have corrected the error.