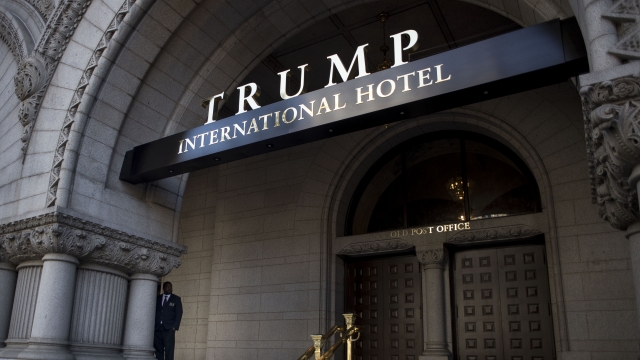 SMS
Appeals Court Agrees To Rehear Trump Emoluments Lawsuit
By Briana Koeneman
By Briana Koeneman
October 16, 2019
On Tuesday, the 4th Circuit Court of Appeals agreed to rehear arguments in the case, which was filed in 2017.
SHOW TRANSCRIPT

A federal appeals court has revived a lawsuit that accuses President Donald Trump of illegally profiting from his hotel in Washington, D.C.

On Tuesday, the 4th Circuit Court of Appeals agreed to rehear arguments in the case, which was filed in 2017 by the attorneys general from Maryland and the District of Columbia.

The attorneys general argue President Trump is doing just that by accepting profits from both foreign and domestic officials who stay at the Trump International Hotel.

In 2018, a federal judge said the suit could move forward. But a three-judge panel from the 4th Circuit Court of Appeals overturned that decision in July, saying the attorneys general didn't have legal standing to bring the suit against President Trump.

Now, because of Tuesday's order, the full 15-judge court will hear the case. Oral arguments are scheduled for Dec. 12.