Appalachian Road System To Get $1.25B From Infrastructure Bill 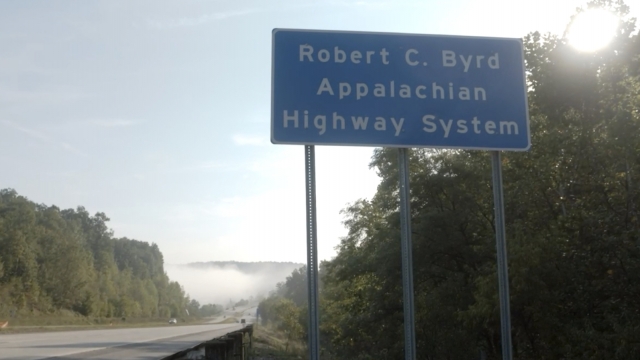 In the rural Appalachian Mountains, there aren't a lot of ways to get from point A to point B. Transportation officials have been working for decades to give some of the most isolated counties in the country an economic lifeline to neighboring regions. Funding for the regional project has been hard to come by in recent years, but that's about to change.

The bipartisan infrastructure plan will make billions of dollars available to states across the country. But one of the few projects to get dedicated funding is the Appalachian Development Highway System.

The highway system reaches across parts of 12 states and the entirety of West Virginia.

The infrastructure bill sets aside $1.25 billion for the system. States will share those funds, with West Virginia set to get the second largest amount — about $195 million.

Corridor H runs east to west, connecting rural counties with key interstates in the Mountain State and neighboring Virginia. The finished portions of the road have already had a positive impact on local businesses.

But not all the new traffic is a good thing. Truckers trying to take advantage of the completed sections of highway end up on small mountain roads they really shouldn't use, which can lead to big problems, especially in the winter.

The bipartisan infrastructure funding will cover just a fraction of what West Virginia needs to finish construction on Corridor H, and environmental studies for the remaining sections are still ongoing.