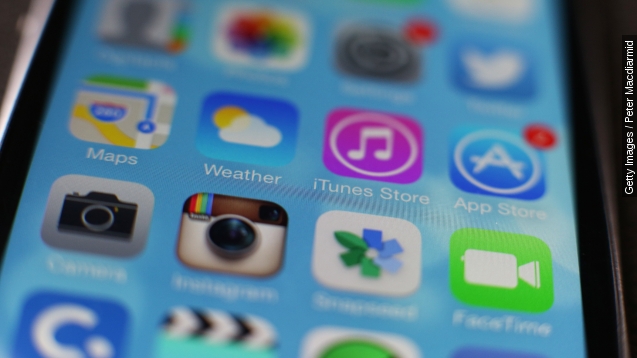 SMS
App Slicing, Best Friend To 16GB iOS Models, Is Setback
By Leah Becerra
By Leah Becerra
September 25, 2015
Apple's app thinning feature is not here yet. But the newest batch of 16GB iPhones, which need it most, are right on time.
SHOW TRANSCRIPT

The new iPhones are here, but what was arguably the best feature for the smallest of the pack (the 16GB models) is not here.

Apple said Thursday that App Slicing, a feature where the size of an app is parsed down to only what's needed — in order to make more room on your device — is not ready yet. Apparently there's an issue with iCloud not recognizing devices correctly, and since that's where part of the apps are "sliced" to, that's a problem.

Which means — for now — all apps will only be installed at full size. That kind of stinks, because for those who buy the least-expensive iOS models, there's really not that much space. And slicing, or thinning, was designed to fix that.

But, you know, people have been begging Apple to do away the 16GB models for years now. And if Apple listened, this lack of a functioning thinning feature would be no big deal since everyone would likely have a 32GB device or larger.

Another thing that would make this thinning no-show no big deal: expandable memory. Something other tablet- and smartphone-makers have embraced for years. (Video via Marques Brownlee)

Though, even some of those brands have been tossing expandable memory out the window recently. So, someone should definitely figure this app thinning thing out soon. Please? (Video via Google)