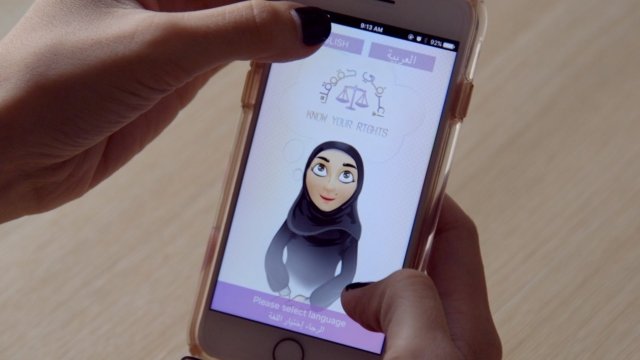 Since the Know Your Rights app was released last year, it's been downloaded tens of thousands of times.

An app educates women in Saudi Arabia about their legal rights.

It was developed by a Saudi woman who studied law abroad. She returned to Saudi Arabia and realized women there didn't know much about their rights.

A woman in need can even use the app to ask for guidance. The app's creator and volunteers handle the request.

Since it launched last year, it's been downloaded tens of thousands of times.

But the app isn't a cure-all for Saudi Arabia's laws that still restrict women. The country has slowly improved when it comes to offering women more opportunities, but some say it still has a long way to go to reach gender equality.

The creator of Know Your Rights told CNN: "An app is not enough. ... The country is moving forward in that, but it's really baby steps."