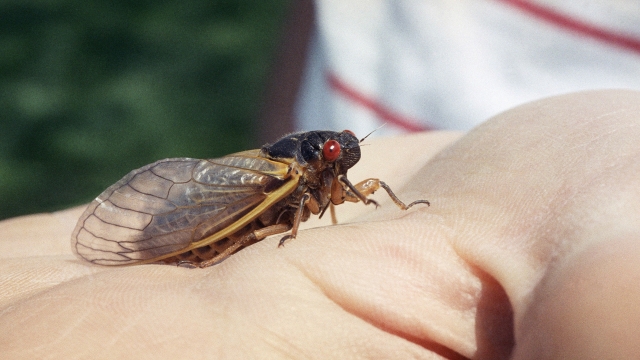 Scientists say trillions of the red-eyed black bugs will emerge after 17 years underground.

If you're not going to move because of the cicadas, well maybe you at least want to track where they're going.

And now there's an app for that.

Gene Kritsky is the Dean of Behavioral and Natural Sciences at Mount St. Joseph University in Ohio.

He said: "Fifty-three thousand people have downloaded Cicada Safari. You go out and look for cicadas in your area and when you find one, you open the app and you take a photograph of that cicada. It goes on a live map, and you can actually go to that map and zoom in and see your cicada on that map. And so you can follow the emergence live."

Kritsky and students at Mount St. Joseph University are behind the app and help verify if what people post is actually a cicada. And don't worry, the app also let's you record their sounds.