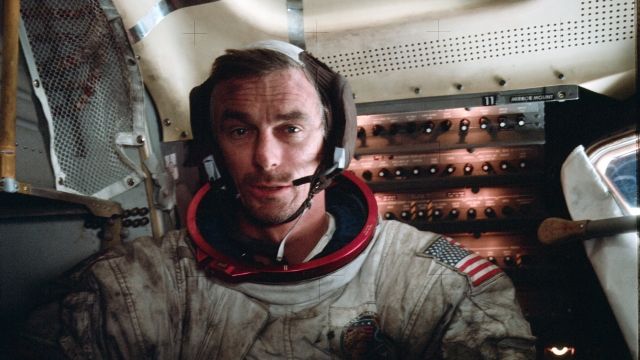 SMS
Gene Cernan Really Wanted Us To Return To The Moon
By Evan Thomas
By Evan Thomas
January 17, 2017
Eugene Cernan died as the latest man to walk on the moon. He had hoped he wouldn't be the last.
SHOW TRANSCRIPT

Astronaut Eugene Cernan died Jan. 16 at the age of 82. And he made a lot of spaceflight history: He was a pilot for the Gemini and Apollo programs, he was the second American to walk in space, he went to the moon twice — and he's the last human being to walk on its surface.

"As we leave the moon at Taurus-Littrow, we leave as we came and, God willing, as we shall return, with peace and hope for all mankind," Cernan said as Apollo 17 wrapped up its moonwalks.

Cernan didn't seem too happy about that last title. Humans haven't left Earth's orbit for decades, and he always had plenty to say about that fact. 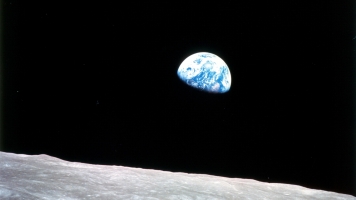 The human being part was important to Cernan. Since the Apollo program ended, deep space has been explored entirely by probes and telescopes. But Cernan testified more than once that there was no substitute for the human experience on new frontiers.

"There's never been a ticker tape parade for a robot. … Lewis and Clark didn't send an empty canoe up the river. And I am not making light of it. Human beings have to follow in the footsteps of everything we can send before them," Cernan said.

Cernan often acknowledged that might not mean a return to the moon. He had hoped our drive to explore would take us somewhere challenging — like Mars.

"There's only 12 people who have stepped on something solid, other than Earth," he said in a 2014 interview. "The essence of human existence is curiosity. I want to know. This is our chance. We can't blow it."