US And China Unable To Find Common Ground At APEC Summit 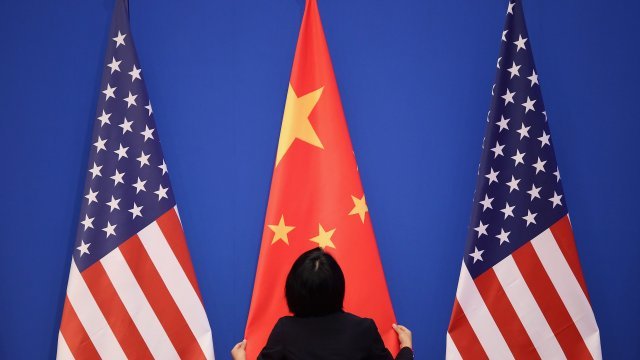 SMS
US And China Unable To Find Common Ground At APEC Summit
By Nnamdi Egwuonwu
By Nnamdi Egwuonwu
November 18, 2018
World leaders at the APEC summit were unable to draft a joint statement, citing tensions between the U.S. and China.
SHOW TRANSCRIPT

Tensions between the U.S. and China plagued the APEC Summit, and for the first time in its history, the meeting's leaders did not issue a formal joint statement.

The APEC Summit is an economic forum between 21 nations with an interest in the Indo- Pacific region.

Under its "One Belt, One Road" initiative, China has been fostering infrastructural development and encouraging trade in some of the developing countries in the region.

But China's effort's have been met with criticism by the U.S. At the summit, Vice President Mike Pence accused China of overwhelming developing countries with loans, engaging in unfair trade practices and stealing intellectual property.

"Know that the United States offers a better option. We don't drown our partners in a sea of debt. We don't coerce or compromise your independence. The United States deals openly and fairly. We do not offer a constricting belt or a one-way road. When you partner with us, we partner with you, and we all prosper," Pence said.

World leaders at the summit also failed to reach a consensus on the potential reform of the World Trade Organization. Though no joint statement was released, Papua New Guinea Prime Minister Peter O'Neill is expected to release a statement as the summit's chairman.