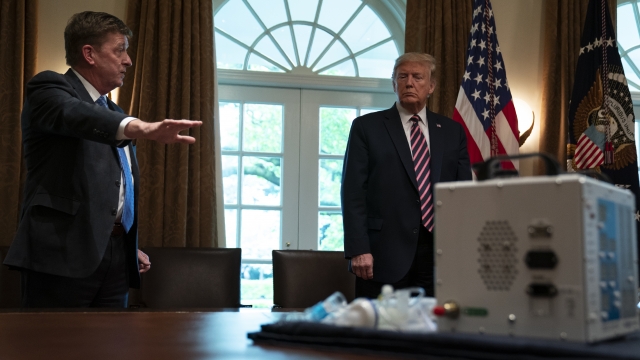 A White House official says the U.S. will ship 8,000 ventilators abroad by the end of July to help other countries fight COVID-19.

Early on in the outbreak, the U.S. had a shortage of ventilators to combat severe coronavirus cases. Now President Donald Trump says U.S. manufacturers have enough supply for the U.S. and others as well.

The president tweeted last month that he had spoken with leaders of Indonesia, Ecuador, Honduras and El Salvador about sending them ventilators. He's also mentioned aiding Japan, Italy, Spain and the U.K. On Thursday, President Trump added Russia to the list.

He said, "We are helping various countries as you know. Russia is having a hard time with the same COVID-19. They got hit like everybody else got hit."

It's unclear if the exported ventilators will be donated or sold. Mexico received 211 ventilators it had purchased from the U.S. on Tuesday.