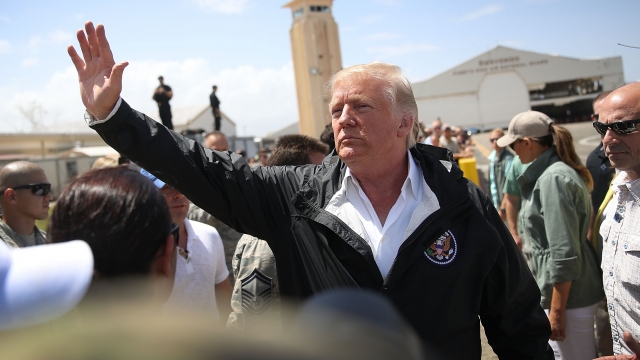 President Donald Trump is facing criticism and an investigation over his opposition to sending more disaster aid funding to Puerto Rico.

Sen. Marco Rubio reportedly said President Trump told Republicans on Tuesday that aid for Puerto Rico "is way out of proportion to what Texas and Florida and others have gotten." Puerto Rico's governor called the president's comments "irresponsible, regrettable and, above all, unjustified."

The U.S. territory suffered major damage from Hurricanes Irma and Maria and is still recovering. The official death toll from Maria was nearly 3,000.

President Trump has reportedly made similar statements before. Axios reported last year he wanted to stop sending relief funding to the island after Hurricane Maria because he believed it was using the money to pay off its debt.

While the president is in hot water over his comments, the Department of Housing and Urban Development is digging deeper and investigating whether the White House actually "interfered" with disaster aid after Hurricane Maria. The lawmakers who requested that investigation pointed to allegations that the Trump administration directed HUD to delay sending out aid money.

The Senate is expected to vote on a disaster aid package this week that would provide relief for Midwestern states that recently experienced flooding. But House Democrats have said that $13 billion to $14 billion package won't make it through Congress without further aid for Puerto Rico.