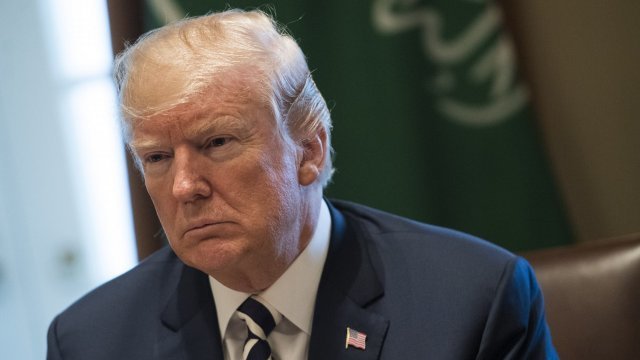 According to the Associated Press, President Donald Trump asked his aides about invading Venezuela last year.

The AP is reporting on a previously undisclosed conversation between the president and some of his aides on Aug. 10. The outlet cites a senior administration official "familiar with what was said." That official says President Trump asked why the U.S. couldn't invade Venezuela, but his advisers discouraged the idea.

The next day, Trump publicly said he was considering a "military option" in Venezuela — a comment that was widely covered for days.

Venezuela has been in a state of crisis for a while. Its economy has been crushed. Citizens are dealing with food shortages. Violent protests have happened around the country. And critics have said Venezuelan President Nicolás Maduro acts like a dictator, not a democratic leader.

The U.S. has levied multiple sanctions against Venezuelan businesses and its leaders, including Maduro.