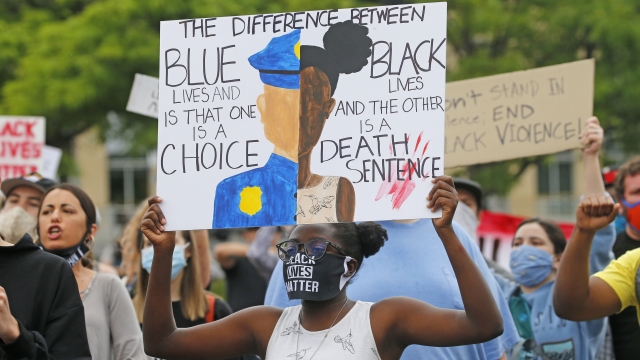 "In a poll taken in mid-June, around 1,300 people of various races and political affiliations were asked whether they support certain policies intended to prevent police violence." A majority among all groups supported requiring officers to report misconduct of their peers, establishing clear use-of-force standards and requiring officers to wear body cameras during all interactions with the public.

For the past several weeks, Americans have taken to streets to protest the killings of Black people in police custody.

George Floyd was killed in police custody when a Minneapolis police officer knelt on his neck for nearly nine minutes. Rayshard Brooks was shot and killed by Atlanta police after resisting arrest. Breonna Taylor was shot and killed by police in her Louisville, Kentucky, apartment after officers carried out a no-knock warrant.

The poll also found nearly half of Americans believe that police violence against the public is an extremely or very serious problem, which is up from 32% in 2015.