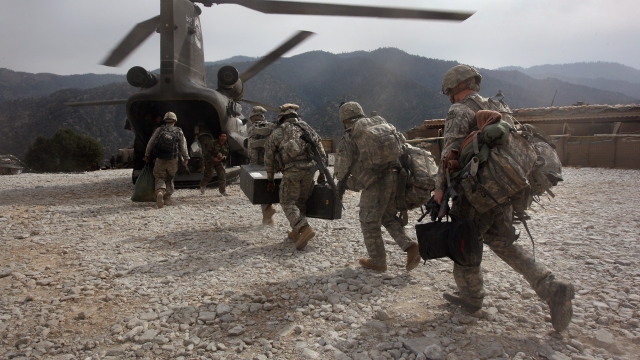 The Associated Press reports the Pentagon plans to reallocate some unused funds from military pay and pension accounts to pay for the president's wall along the U.S.-Mexico border.

It's unclear how much money military officials intend to transfer from those accounts. Sen. Dick Durbin told the AP $1 billion. But The Washington Post reported $2 billion would be reprogammed, with $1 billion coming from each account.

The Army didn't meet its 2018 recruiting goal, falling about 6,500 recruits short. On top of that, expectations for a new military retirement system fell short last year, after only one in six eligible service members elected to opt in. So there are still funds in each account to be used for other things.

As part of President Trump's national emergency declaration, The White House said it plans to take more than $600 million from the Treasury Forfeiture Fund and up to $6.1 billion from the Department of Defense to help pay for a border wall. The declaration gives him access to that government funding without going through Congress.

Lawmakers in the House voted in favor of a resolution last month that would block the president's declaration. And earlier this week, Senate Majority Leader Mitch McConnell conceded that the upper chamber will also likely to pass that resolution.

If that does happen, it will go to President Trump, who's said he will "100 percent" veto it. McConnell told reporters he doesn't think lawmakers will have enough votes to override a presidential veto. That would require a two-thirds majority.