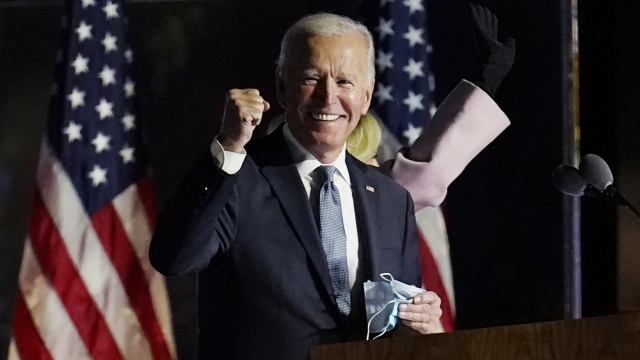 Joe Biden is projected to be the next president of the United States.

The Democrat defeated President Donald Trump, flipping the battleground states of Arizona, Michigan, Pennsylvania and Wisconsin from red to blue.

Biden entered Election Day as the favorite in a campaign defined by the coronavirus pandemic.

The 2020 election is the first in history in which more people voted before Election Day than on it, leaving millions of votes uncounted on election night and for President Trump to promise a legal fight ahead.

In a statement, the president said, "We will pursue this process through every aspect of the law to guarantee that the American people have confidence in our government."

The counting went on in key states days after Election Day, with Biden steadily overtaking President Trump in Pennsylvania — a must-win for the president to get to 270.

"We can know the results as early as tomorrow morning. But it may take a little longer," the president-elect said Wednesday in Delaware. "As I've said all along, it is not my place or Donald Trump's place to declare who's won this election. That's the decision of the American people. But I'm optimistic about this outcome."