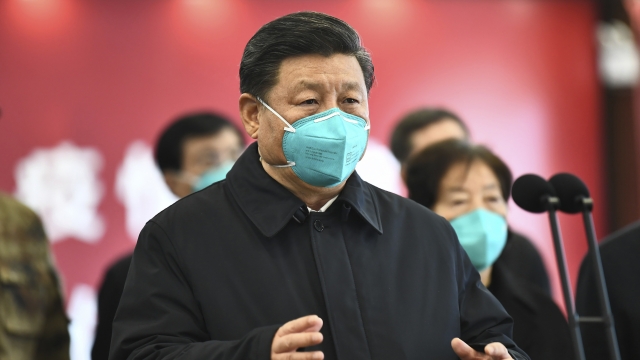 Internal documents obtained by The Associated Press show a six-day gap between when Chinese officials determined that a "major public health event" would develop from the coronavirus and when the public was put on alert.

According to a memo obtained by the outlet, the country's top medical agency outlined an assessment of the virus on Jan. 14 in a confidential teleconference with provincial health officials. The memo reportedly reveals that officials knew about the possibility of human-to-human transmission. In addition, the country's head medical official warned that there would likely be an increase in the spreading of the virus as a result of travel for Chinese New Year celebrations. That same official also reportedly noted "all localities must prepare for and respond to a pandemic."

Six days after that memo, on Jan. 20, China's President Xi Jinping made his first public comments on the virus, remarking that it "must be taken seriously." That same day, the AP reports that a leading epidemiologist announced for the first time to the public that the virus could be transmitted from person to person — despite doctors noting that evidence in late December.

Some health officials are condemning China's delay in informing the public. An epidemiologist at the University of California, Los Angeles told the Associated Press, "If they took action six days earlier, there would have been much fewer patients and medical facilities would have been sufficient. We might have avoided the collapse of Wuhan's medical system."

However, the Associated Press notes one political scholar argues that the delay could be attributed to the government's desire to avoid "rocking the boat" prior to the country’s two biggest political meetings of the year in March and wanting to let things "play out a little more." And some health experts told the outlet that China's delay wasn't "unreasonable," and that officials likely didn't want to raise the alarm on the virus prematurely.

This AP report comes as China continues to deny allegations that it has suppressed information about the outbreak. Meanwhile, President Trump appears to have backtracked on his early praise of China's handling of the outbreak and is now condemning the country and the World Health Organization for "lack of transparency."