AP: Babies And Young Children Are Being Taken To 'Tender Age' Shelters 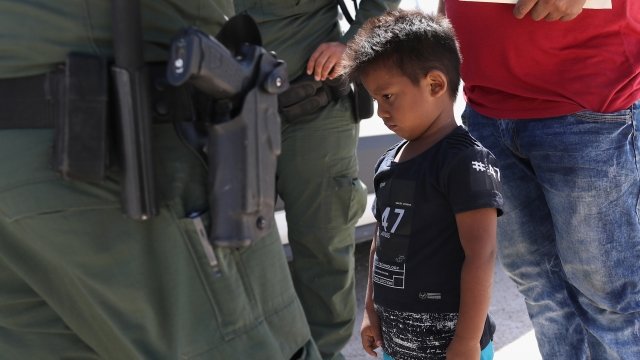 SMS
AP: Babies And Young Children Are Being Taken To 'Tender Age' Shelters
By Katie Cammarata
By Katie Cammarata
June 20, 2018
There are reportedly three "tender age" shelters in south Texas — one each in Combes, Raymondville and Brownsville.
SHOW TRANSCRIPT

The U.S. government has been sending babies and young children under 13 who have illegally crossed the U.S.-Mexico border to so-called "tender age" shelters in south Texas after separating them from their families, according to The Associated Press.

AP learned that there are three "tender age" shelters — one each in Combes, Raymondville and Brownsville. Another is reportedly planned for Houston.

The Trump administration is facing widespread backlash for its practice of separating kids from their families at the border.

One Health and Human Services official told AP that the "tender age" shelters aren't "government facilities per se." He said the shelters meet Texas licensing standards for child welfare agencies and are staffed by people who work with young children.

Even though doctors and lawyers who had visited the shelters told AP they were clean and safe, one pediatrician said the shelters weren't the issue but "it's taking kids from their parents that's the problem."