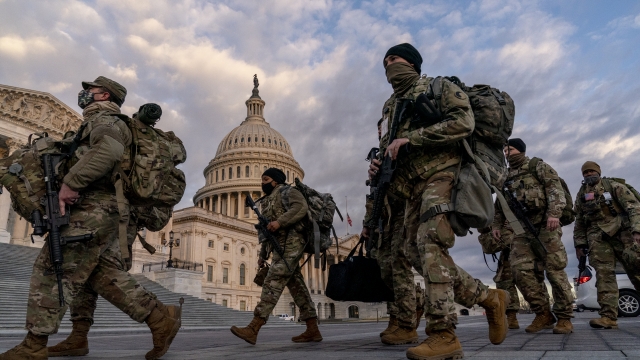 SMS
Report: 12 National Guard Members Removed From Inauguration Security
By Gage Jackson
By Gage Jackson
January 19, 2021
The troops were found to have ties to right-wing militia groups or to have posted extremist views online, according to The Associated Press.
SHOW TRANSCRIPT

Now 12 National Guard members have been removed from the security mission at the inauguration.

Army officials said all 12 were found to have ties to right-wing militia groups or posted extremist views on social media. But officials told the Associated Press they did not pose a threat to the president-elect.

Following the insurrection at the Capitol, defense leaders said they were concerned about the potential for an attack at the inauguration by military members.

Authorities are vetting all of the roughly 25,000 troops assigned to the event.