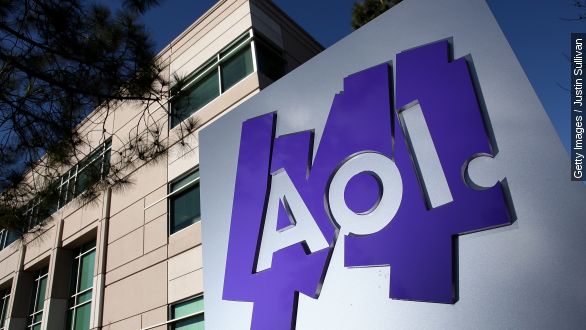 SMS
AOL's Ad Technology Could Be Big Get For Verizon
By Jake Godin
By Jake Godin
May 12, 2015
Verizon has bought AOL in a deal amounting to about $4.4 billion, but what are the telecom giant's plans for the '90s-era tech company?
SHOW TRANSCRIPT

After months of speculation, Verizon announced Tuesday morning it is buying AOL. The price? $50 per share, or about $4.4 billion.

If completed, the deal would give the telecom giant access to AOL's foothold in the online video market, along with access to its advertising technology.

In a statement, Verizon chairman and CEO Lowell McAdam said, "This acquisition supports our strategy to provide a cross-screen connection for consumers, creators and advertisers."

"I think we share a combined vision. And this will be one of the largest scale, most exciting, biggest platforms for the future of mobile, OTT content and video, and advertising, so it's a very, very powerful platform."

While AOL owns a host of digital media outlets such as TechCrunch, The Huffington Post and Engadget, perhaps its most valuable asset for Verizon will be its advertising technology, at least according to Bloomberg's Alex Sherman.

What exactly Verizon plans to do with AOL's content side is still up in the air. It certainly has the potential to put those sites in a tricky position, editorially speaking, when covering their new would-be parent company. (Video via TechCrunch, The Huffington Post)

AOL's stock rose sharply after the acquisition was announced, pushing the company up about 18 percent. Rumors of the deal initially broke back in January. Newsy is an AOL content partner.