Ants Have Been Running Sophisticated Farms For 30 Million Years 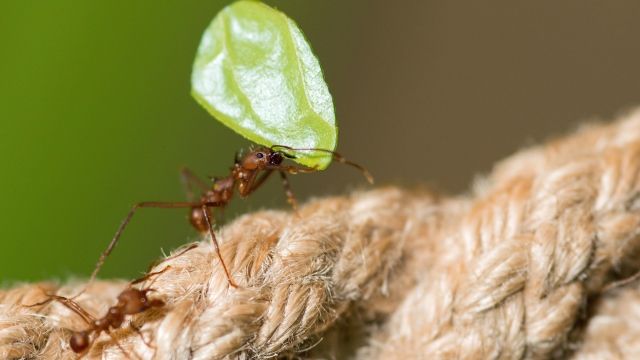 SMS
Ants Have Been Running Sophisticated Farms For 30 Million Years
By Evan Thomas
By Evan Thomas
April 11, 2017
Some ants domesticated their food sources millions of years before humans ever started planting wheat or soybeans.
SHOW TRANSCRIPT

Humans domesticated their first crops as far back as 12,000 years ago, which sounds like a long time, but we've got nothing on ants.

Certain ant species grow a special fungus for food, and researchers now say those ants have been fungus farming for 30 million years. That's when some kinds of fungus lost the ability to live in the wild without ants.

It probably happened when the planet was cooling down and the ants migrated to drier climates. This would have made it hard or even impossible for the fungus to thrive — if insect farmers weren't tending to its every need. 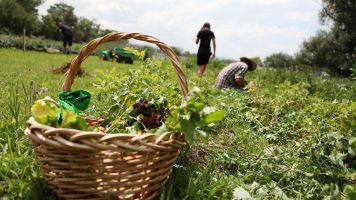 Since then, ants have refined their techniques. In the past 8 million to 12 million years, some leafcutter species have developed even more organized nests. There's more division of labor in harvesting and cultivation. Their fungus chambers are tiny dirt greenhouses, complete with careful humidity controls.

This mastery of farming supports huge populations. It's made some ants the dominant herbivores in their environments.