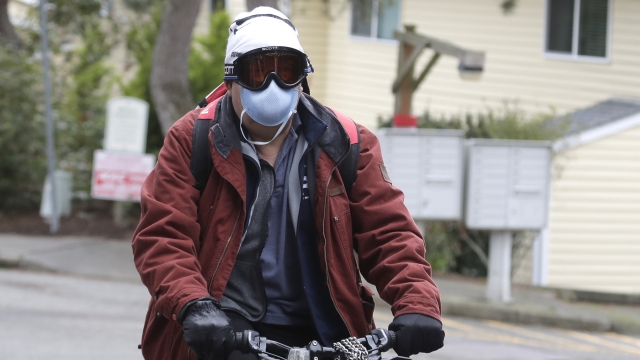 SMS
Officials 'Hopeful' Antiviral Drug Could Up Coronavirus Survival Rate
By Amber Strong
By Amber Strong
March 3, 2020
Health officials tell Newsy that they don't have any conclusive data, but the trials are "promising" among preclinical anti-viral activity.
SHOW TRANSCRIPT

Three months since the coronavirus first appeared in China, the first potential treatment for the illness is advancing through the investigative phase.

The drug, known as Remdesivir, has been part of a clinical trial at the University of Nebraska that began with an American who was evacuated from the Diamond Princess cruise ship.

The U.S. Public Health Service'ss Commissioned Corps tells Newsy while it has no conclusive data, the drug is showing "promising preclinical anti-viral activity."

It's now working with the drugmaker to distribute the drug to numerous critically ill American patients under so-called compassionate use guidelines. It's worked with the Japanese Ministry of Health to do the same for its qualified patients.

Those guidelines allow distribution of certain drugs before they have met typical testing rules, usually in emergency situations.

The statement from the department says, "We are hopeful that making this agent available to numerous American and Japanese patients who are severely ill with this virus will improve their chances of survival."

Monday, an executive from the drugmaker Gilead Sciences told President Trump it hopes to expand the drug's use to a nursing home in Washington state hit heavily by the virus.

"When will you know if it works? I mean, you already have this medicine?"

"I think we'll know in the April time frame."

Remdesivir is an antiviral that was previously tested on patients suffering from Ebola and in animal studies as a potential treatment for MERs and SARS.