Report: Anti-Semitism Is Up, But Not Violence Against Jews 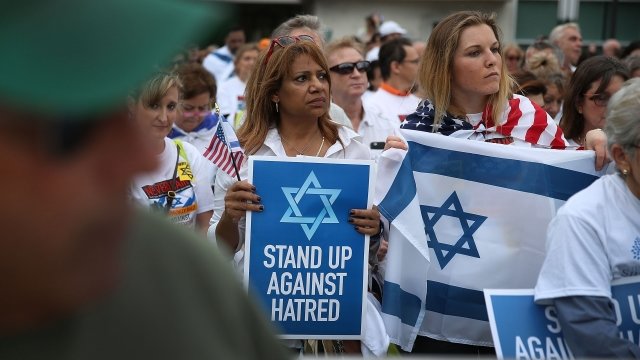 SMS
Report: Anti-Semitism Is Up, But Not Violence Against Jews
By Ben Schamisso
By Ben Schamisso
April 12, 2018
The paper said the rise of the extreme right, radical Islam groups and heated anti-Zionism on the left often go hand in hand with anti-Semitism.
SHOW TRANSCRIPT

Anti-Semitism worldwide appears to be very much on the rise — especially in Europe and the U.S. — despite a 9 percent decrease in 2017 of violent attacks against Jews.

That's according to a new Tel Aviv University report, which is published every year on the eve of Israel's Holocaust Remembrance Day. The university has been monitoring anti-Semitism in 40 countries for the past 25 years.

In 2017, the number of recorded violent assaults specifically targeting Jews fell to 327 from 361 the year before, already the lowest number in a decade. But attacks in 2017, researchers noted, were more brutal than in the past.

The report says the decline has also been overshadowed by "a dramatic increase" in all other forms of anti-Semitism, most notably harassment in schools, at work, during demonstrations and on social media. 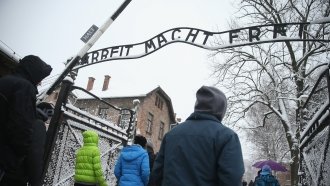 In reaction to the report, the president of the European Jewish Congress wrote, "Neither the public nor the private space are perceived as safe for Jews." He also wrote, "It is like we have regressed 100 years."

The paper also said radical Islamic groups, the rise of the extreme right and anti-Zionism on the left can go hand in hand with anti-Semitic expressions.

The 2017 numbers don't yet include incidents in France, where two Jewish women were recently killed.

Anti-Semitic incidents in the U.S. climbed 57 percent in 2017 — the largest single-year increase on record. The surge was partly due to a huge increase in harassment in schools and on college campuses.