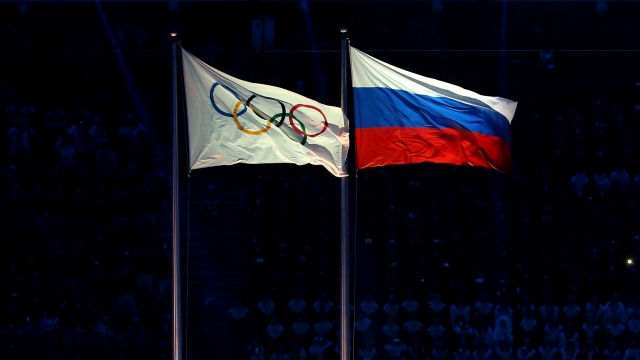 The ban includes next summer's Olympic games in Tokyo.

The World Anti-Doping Agency has barred Russia from all international sporting events for four years — including next summer's Olympic games in Tokyo.

The agency handed down the punishment on Monday. It includes specific bans on Russian sports and government officials, prohibits Russia from hosting any international events and bars the country from flying its flag at any major event.

The agency's president said in a statement: "Russia was afforded every opportunity to get its house in order and re-join the global anti-doping community for the good of its athletes and of the integrity of sport, but it chose instead to continue in its stance of deception and denial."

But the ban is a little less severe than it seems. It allows Russian athletes to compete under a neutral flag, as long as they can prove that they're "clean."

The Russian Anti-Doping Agency has 21 days to either accept the punishment or refer it to the Court of Arbitration for Sport.