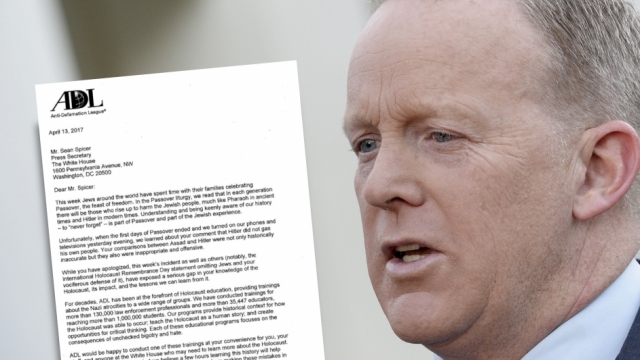 The Anti-Defamation League has offered to conduct a Holocaust education program for White House press secretary Sean Spicer and his colleagues.

"You had someone as despicable as Hitler who didn't even sink to using chemical weapons," Spicer said Tuesday.

"He was not using the gas on his own people the same way that Assad is doing. ... He brought them into the Holocaust center; I understand that. What I'm saying in the way that Assad used them where he went into towns, dropped them down to innocent, into the middle of towns," Spicer said when asked to clarify his remarks.

Greenblatt called the comments, "not only historically inaccurate" but also "inappropriate and offensive." 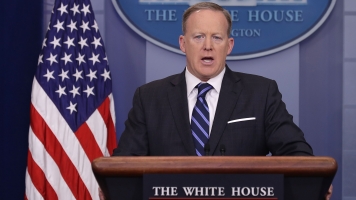 "I mistakenly used an inappropriate and insensitive reference to the Holocaust for which, frankly, there is no comparison and for that I apologize," Spicer told CNN's Wolf Blitzer later Tuesday.

However, it says the comments and other incidents "have exposed a serious gap in your knowledge of the Holocaust, its impact, and the lessons we can learn from it."

The ADL offers similar programs on an array of topics to audiences of all ages and backgrounds.