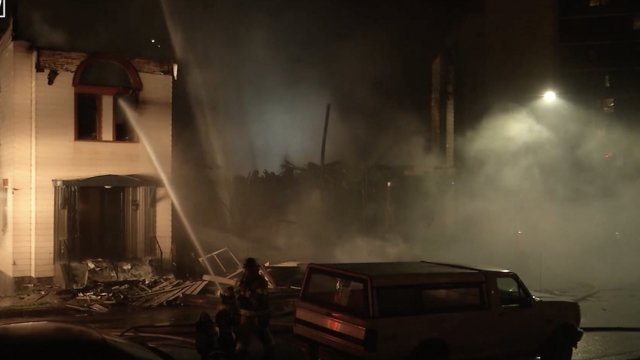 Police say they've arrested a 36-year-old man in connection with the first-degree arson of a historic synagogue in Duluth, Minnesota, but they don't believe he was provoked by hate.

That's despite photos like this on the suspect's Facebook page. The Duluth fire chief says the fire's origin was outside the building and no accelerant was used.

The FBI says "a hate crime is a traditional offense like murder, arson, or vandalism with an added element of bias." The majority of anti-Semitic incidents in 2018 were harassment and vandalism, similar to years past.

Incidents like this have Jewish communities on edge. Minnesota alone saw 28 anti-Semitic incidents last year, putting it near the top third of states seeing these crimes. The Anti-Defamation League says hate crimes against Jews have been rising since 2013. While 2018 saw about 100 fewer hate crimes than 2017, the number was still up 48% overall since 2016.

ADL Regional Director Doron Ezickson says hate crimes are substantially underreported. These crimes have overwhelmingly occurred in either public areas or schools. Ezickson says Americans need to take their role in this discussion seriously. And that includes treating each others' opinions with respect.