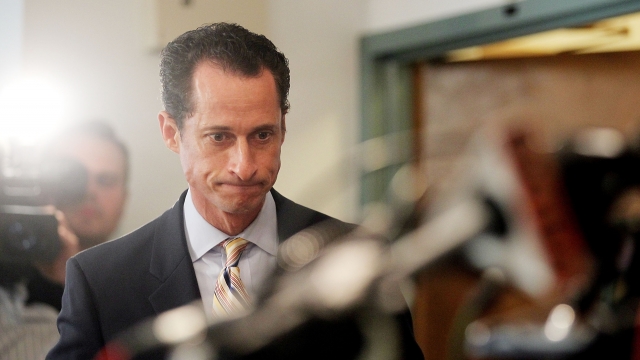 SMS
Anthony Weiner Pleads Guilty In Underage Sexting Scandal
By Lindsey Pulse
By Lindsey Pulse
May 19, 2017
The Daily Mail reported last year that Weiner had an online relationship with a minor and sent her sexually explicit messages.
SHOW TRANSCRIPT

Anthony Weiner has pleaded guilty to sending obscene material to a minor, and he could get years in prison for it.

Authorities have been investigating a report by The Daily Mail from last year that alleged Weiner had a monthslong online relationship with a 15-year-old girl.

Pleading guilty to the charge could mean up to 10 years behind bars. Weiner said he wouldn't appeal a sentence between 21 and 27 months.

The judge overseeing the case also ruled Weiner has to register as a sex offender.