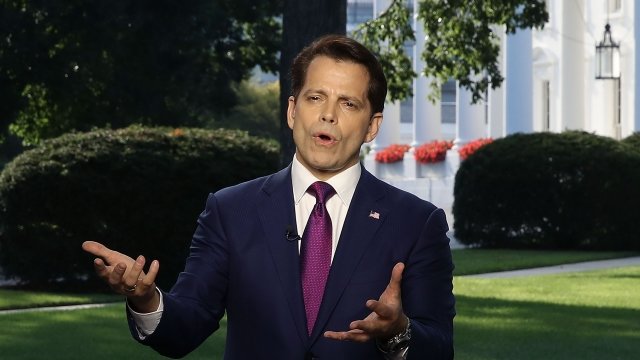 Bloomberg first reported "the Mooch" is on a list of former staffers who can't enter the White House without special approval. The outlet says it's because he left "under adverse circumstances."

A White House official initially denied Scaramucci was blacklisted but later confirmed the reports. Scaramucci also confirmed to CNN that he's on the list.

Bloomberg reports the official also said anyone who leaves under similar circumstances as Scaramucci would have restricted access.