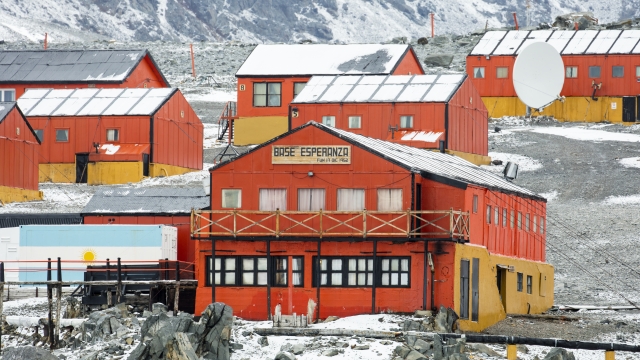 SMS
Antarctica May Have Just Hit An All-Time Record High Temperature
By LeeAnne Lowry
By LeeAnne Lowry
February 10, 2020
The verification process could take up to nine months.
SHOW TRANSCRIPT

Antarctica may have just hit an all-time record high temperature of 64.9 degrees Fahrenheit.

Scientists at Argentina's Esperanza research station in Antarctica reported the record-breaking heat on Thursday. It's important to note: the record reflects the temperature at a single location, not the entire continent.

The record hasn't been confirmed by the World Meteorological Organization, but it would beat a 2015 high of 63.5 F. NPR reports the verification process could take up to nine months.

A WMO official said in a statement that the short-term cause of the heatwave is likely related to "a rapid warming of air coming down a slope/mountain." The WMO says the Antarctic Peninsula, where the record temperature was recorded, is one of the fastest-warming parts of the planet.

The heatwave comes after NASA and NOAA declared 2019 the second-hottest year on record. Scientists have concluded the trend is largely caused by human activity, with pollution putting increasing carbon dioxide and other greenhouse gases into the atmosphere.

Correction: A previous version of this story said 2019 was the hottest year on record. It was the second-hottest year. This story has been updated.