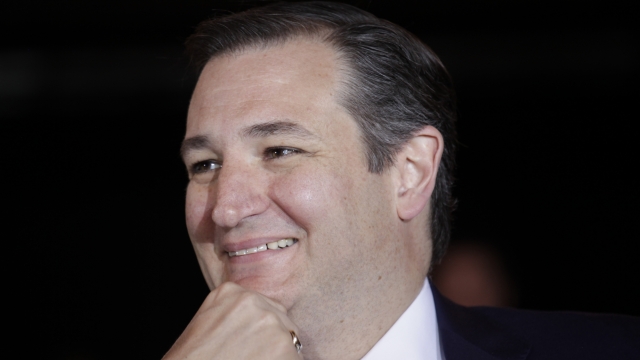 SMS
Another State Rejects Birther Attacks On Cruz
By Eugene Daniels
By Eugene Daniels
April 12, 2016
A group of New Jerseyans contested Cruz's candidacy because of his Canadian birth to an American mother.
SHOW TRANSCRIPT

Republican presidential candidate Ted Cruz can breathe a sigh of relief. A New Jersey judge says the Canadian-born senator is indeed an American and can run in the New Jersey primary in June.

The judge said, "The more persuasive legal analysis is that such a child, born of a citizen-father, citizen-mother, or both, is indeed a 'natural born citizen.'" And that would include Cruz.

A group of Jersey residents contested Cruz's candidacy, saying because he was born in Canada to an American mother and Cuban father, he's ineligible to run for president. Similar cases have been thrown out in Illinois and New York.

Cruz has had to fight this question for a good portion of 2016 after Donald Trump began to float the possibility as an attack earlier this year.

"Do you believe Sen. Ted Cruz is a natural born citizen?" Wolf Blitzer asked Trump in an interview in January.

Cruz has fought back, saying his citizenship is "settled law." But the argument over what a "natural born citizen" actually means been going on for years, and the only group who could actually put the issue to rest, the Supreme Court, has never done so.

The judge's decision will now head to the secretary of state who can choose to accept the opinion or reject it.

This video includes images from Getty Images and clips from Cruz for President.