Another Republican Lawmaker Is Not Seeking Re-Election 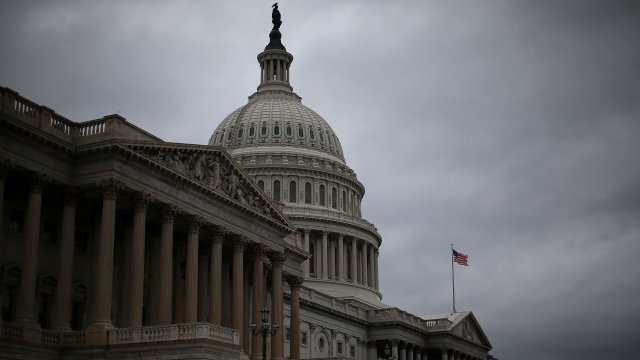 SMS
Another Republican Lawmaker Is Not Seeking Re-Election
By Katherine Biek
By Katherine Biek
May 29, 2018
Rep. Tom Garrett announced Monday that he's leaving office at the end of his term because he is struggling with alcoholism.
SHOW TRANSCRIPT

Rep. Tom Garrett announced he is struggling with alcoholism and will not seek re-election in November.

Garrett announced his decision just a few days after Politico published a report in which four former staffers said the Republican congressman and his wife used them to run personal errands and even take care of their dog.

House ethics rules prohibit lawmakers from using congressional employees for anything beyond their official duties. On Monday, Garrett addressed the report as "a series of half-truths and whole lies."

"The tragedy is that any person Republican, Democrat or independent, who's known me for any period of time and has any integrity knows two things: I am a good man, and I am an alcoholic," Garrett said in a video statement released Monday.

Garrett was elected to the U.S. House of Representatives in 2016 to represent Virginia's 5th district.

According to CNN, he's at least the 44th Republican in the House to retire ahead of the 2018 elections in November.

Garrett was being challenged by Democrat Leslie Cockburn. As of Tuesday morning, it's unclear who the Republican Party of Virginia will choose as a nominee to replace him.