Another Report Says Eating Meat Is Bad For The Environment 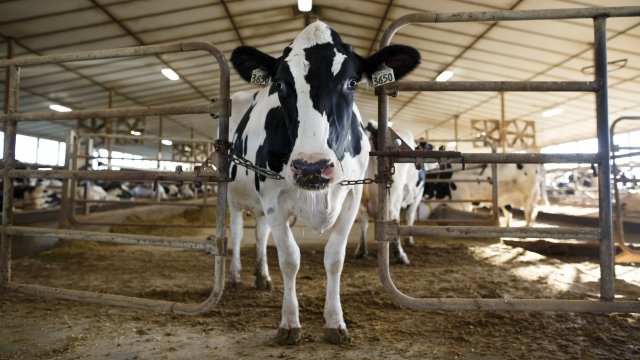 SMS
Another Report Says Eating Meat Is Bad For The Environment
By Andrea Gonzales
By Andrea Gonzales
November 15, 2018
A British advisory board says if people ate less meat and more plants, it would have a "significant impact" on reducing emissions.
SHOW TRANSCRIPT

A British advisory board wants to fight climate change by reducing the number of cattle and sheep in the U.K. by 20-50 percent.

Cattle and sheep are a huge source of agricultural emissions in the U.K., according to a report by the government's Committee on Climate Change. The report says producing lamb, beef and milk directly accounted for nearly 60 percent of agriculture emissions in 2016.

The board said if people changed their diets to include more plants and less meat, it would have a "significant impact" on reducing emissions.

This is one of a number of recent studies from around the world that concluded eating less meat would be good for the environment. And on top of that, the report also points to government-issued guidelines that say eating less red meat could reduce the risk of heart disease and diabetes.