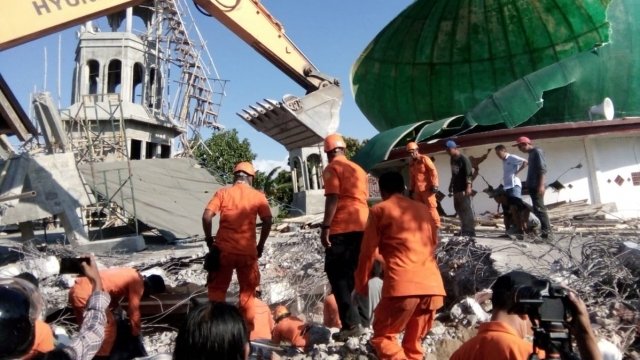 A 6.9 magnitude earthquake struck the popular tourist island of Lombok in Indonesia on Sunday, killing at least 91 people and injuring hundreds more.

Indonesia's National Disaster Management Agency, or BNPB, says the number of victims and amount damage due to the earthquake is expected to continue increasing.

First responders are in the process of evacuating people trapped after some structures on the island collapsed. A disaster agency spokesman estimates 20,000 people have been displaced by the earthquake.

This is the second earthquake that has rocked the area in just over a week. More than a dozen people died and hundreds were injured in the first earthquake July 29.