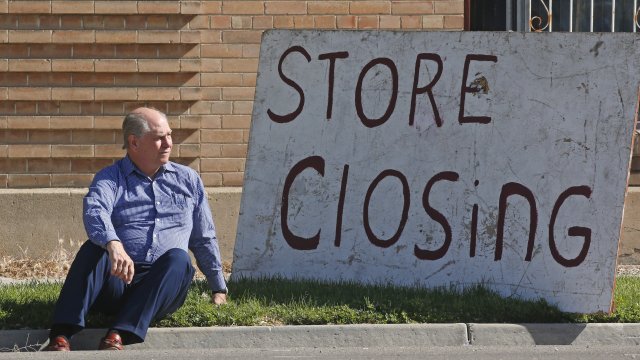 The COVID-19 pandemic continues to have an impact on the labor market, with another 2.9 million Americans filing jobless claims last week.

The latest figures, falling to the lowest level in almost two months, demonstrate a slow decline. But overall, the number of unemployed workers now sits around a record-breaking 36 million since widespread business closures began in mid-March.

Thursday’s weekly jobless report comes less than a week after the dismal April jobs report, which showed the unemployment rate jump to 14.7% — up from 4.4% the previous month.

That report led economists at Goldman Sachs to change their outlook. They now estimate that the unemployment rate could soar to 25%. That’s 10 points higher than their previous estimate and in line with the rate last seen during the Great Depression.

On Wednesday, Federal Reserve Chair Jerome Powell issued a warning to Congress and the White House, saying the economy could suffer permanent damage if they don’t work to prevent continued joblessness.