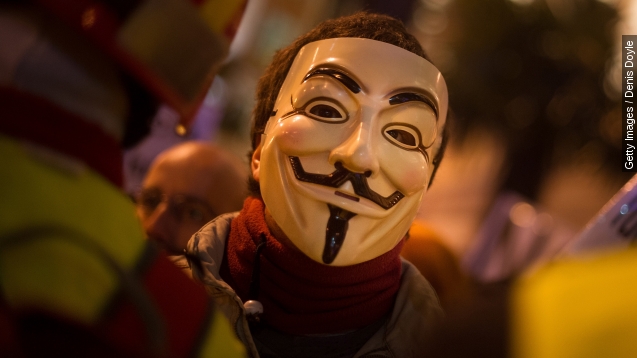 The hacker group Anonymous revealed the names of at least a dozen Ku Klux Klan members and their families online Friday morning.

Anonymous threatened to expose the identity of thousands of KKK members earlier this week.

The group said in a statement, "We will release, to the global public, the identities of up to 1,000 Klan members, Ghoul Squad affiliates and other close associates of various factions of the Ku Klux Klan."

The data dump comes ahead of the first anniversary of the November protests in Ferguson following the shooting death of Michael Brown and a grand jury decision not to indict the officer who shot him, Darren Wilson.

Anonymous has been going after the KKK since the group posted this flier threatening to use lethal force on protesters.

After the flier was uploaded, Twitter accounts associated with the hacktivist collective started posting Facebook accounts of people they said were involved with the Klan, which rattled some of the remaining members.

"We lost some good members on account of their idle threats,"  a Klan member said. "You know, it scared some people because of their families."

Branches of the hate group are seeing their membership numbers dwindle nationally. The Southern Poverty Law Center estimates there are as few as 5,000 remaining members.