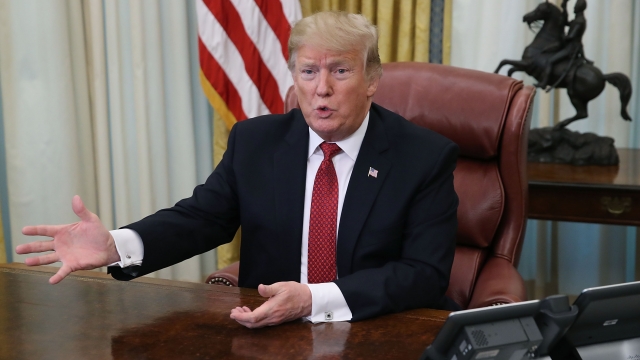 The U.S. annual trade deficit rose to record levels last year, despite attempts from President Donald Trump to curb it.

According to the latest data from the Commerce Department, the U.S. reported a more-than $891 billion merchandise trade deficit in 2018, the highest ever recorded.  And December's almost-$60 billion trade balance is the largest monthly gap since 2008.

The report looks at trade in goods and services between the U.S. and other countries every month. The difference between exports, or sales, and imports, or purchases, equals the trade balance.

Economists do point out that while the higher deficit is worrisome, it could actually be a result of a strong dollar, allowing Americans to buy foreign goods at lower prices.

Reducing the country's trade deficit's been an issue that President Trump's said he would champion during his time in office.

His trade approach so far includes: pulling out of the Trans-Pacific Partnership, renegotiating NAFTA, setting tariffs on steel and aluminum and bartering with China on a potential new trade deal.

Last week, the Trump administration's top trade negotiator told a House panel that there's still more work to be done before an agreement could be reached with China.