Announcing Video Game Releases At E3 Is A Horrible Idea 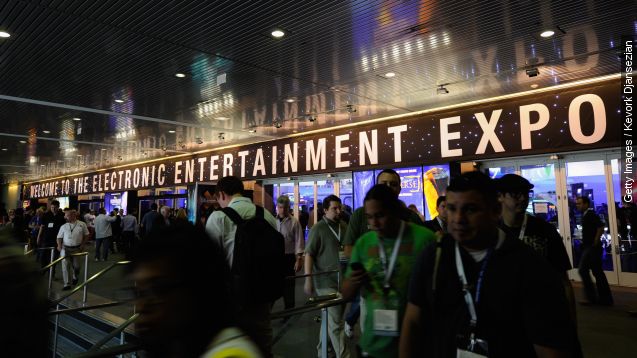 SMS
Announcing Video Game Releases At E3 Is A Horrible Idea
By Leah Becerra
By Leah Becerra
June 11, 2015
Many publishers are making their big announcements before E3 because it's just too difficult to stand out at the event.
SHOW TRANSCRIPT

Next week, the gaming industry's biggest event takes place: E3. But a handful of new games have already been announced.

You've got "Fallout 4" — a must-play for fans of post-apocalyptic sci-fi plots.

We recently found out the franchise cross between "Zelda" and "Dynasty Warriors" — "Hyrule Warriors" — would be released for 3DS.

Oh — and let's not forget 2K revealed "XCOM 2" will ship out for PC first this November.

But isn't the whole point of E3 to announce everything over three days? Maybe not.

As Wired explains, that might be kind of hard on game-makers: "The ridiculous avalanche of news and updates guarantees that any given game's buzz will only amount to a single snowball."

So announcing games before the conference — before the madness that is E3 — is actually better for publishers.

Not just because a pre-E3 announcement means less competition over media attention either. Announcing early means a game could get multiple shots at gaining attention.

So what else has been pre-announced that we can look forward to seeing at E3?

"Mirror's Edge: Catalyst" will almost definitely get some major attention.

"Uncharted: The Nathan Drake Collection" — a bundle including slightly updated visuals and access to the "Uncharted 4: A Thief’s End" multiplayer beta — will grab headlines.

And "Sonic Boom: Fire and Ice." I've missed this little blue dude, but he needs all the help he can get considering his last few titles have been pretty — meh.

Be sure to check back here during E3 to see what else gets announced.

This video contains images by Getty Images and music by Birocratic / CC BY ND 3.0​.