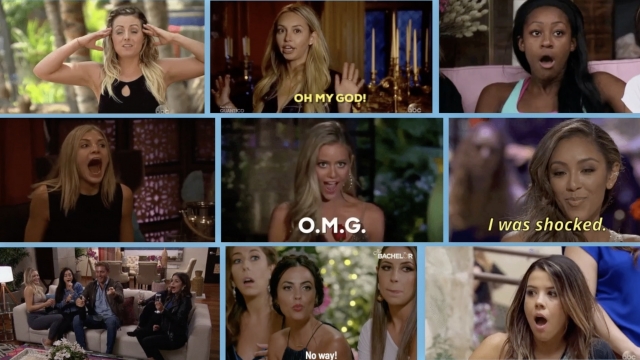 SMS
Animated GIFs Have Major Reach — And Television Is Capitalizing On It
By Casey Mendoza
By Casey Mendoza
February 14, 2020
Programs like the Oscars, the Super Bowl and "The Bachelor" are capitalizing on the GIF format to extend their reach beyond the TV screen.
SHOW TRANSCRIPT

Whether you pronounce this word "jiff" or "giff," you've probably seen or even used one recently to express an emotion, react to news or even just share a moment that just happened on live TV.

Less than a week after the 2020 Academy Awards, this GIF of Oscar-winning filmmaker Bong Joon-ho garnered more than 4 million views. This one of comedians Maya Rudolph and Kristen Wiig garnered more than 36 million.That number is pretty impressive, but even more so when you consider the fact that just 23.6 million people actually tuned in to watch the awards ceremony as it happened. Because of this, live programs like the Oscars or the Super Bowl, as well as reality series like "The Bachelor", are capitalizing on the GIF format to extend their reach beyond the TV screen.

In 2018, the Google-owned GIF platform Tenor said it garnered more than 12 billion searches a month.

Giphy — pronounced with a hard "g" — says its platform publishes more than 10 billion pieces of content a day and counts more than 700 million daily active users.

Some of its most popular GIFs from 2019 include this moment from the Showtime series "Shameless," this scene from the Netflix original film "Always Be My Maybe," and this clip from "The Tonight Show Starring Jimmy Fallon."

"It's really just a case of being really aware of what performs on our site and what our social audiences are hungry for. And I feel like that just comes with being a very 'internet-y' person and working here for a while. It becomes second nature to understand what performs well and what people will be asking for inevitably."

Meg Lewis is the senior social media manager at Giphy, which means she's one of the people responsible for publishing out GIFs as soon as they happen on live television.

"With a lot of our live events, it's a big collaboration between the partner itself and us. So, taking 'The Bachelor,' for example, 'The Bachelor' team also cuts GIFs ahead of time. And then I set them live as the show goes on. However, as moments happen on the show that I know would make a great GIF, I also cut in real time and add to their official channel. ... It's instantaneous when people want that moment in their hands after they just saw it."

"It's really nice to be watching 'The Bachelor' and seeing a really good shocked face and knowing that if I get that GIF, someone's going to use it in their messages the next day to describe something really shocking."