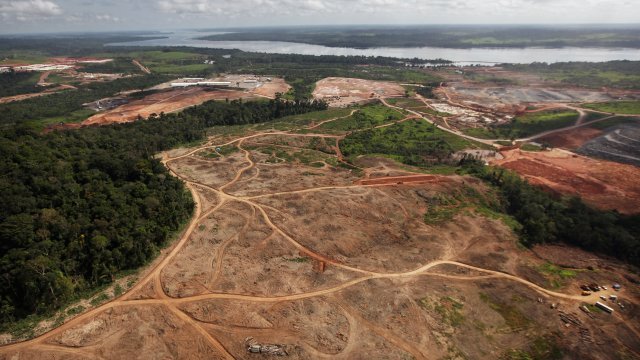 A new international report warns the Earth and its inhabitants aren't in great shape.

The report examined four regions of the planet, and nearly everywhere researchers looked, non-human life was in decline.

And that's likely bad news for humans, too. In the Americas, for example, nature contributes an estimated $24 trillion per year in economic value in one form or another. But 65 percent of those contributions are in decline due to human-induced climate change.

In Africa, lakes are likely to become less productive, and huge swaths of land are already estimated to be degraded because of pollution, erosion and exploitation of natural resources. Loss of coral reefs could harm tourism and food security in the region.

In the Asia-Pacific region, the report warns there could be no exploitable fish stocks by 2048 if fishing practices don't change. And in Europe and Central Asia, 42 percent of land-based species have been in decline over the last decade.

But the report's not all bad. The researchers cite multiple situations where human intervention has helped stabilize biodiversity and say there's a path forward for every region.