Angelina Jolie Had Her Ovaries Removed Due To Cancer Risk 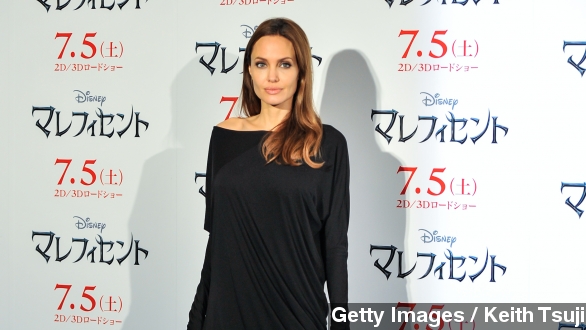 Actress Angelina Jolie is taking even more preventative measures against developing certain types of cancers she has a family history of.

The 39-year-old revealed in a The New York Times essay she's had her ovaries and fallopian tubes removed. This after she underwent a preventative mastectomy in 2013.

Two years ago, the star revealed she carries a gene mutation called BRCA1, which put her at "an 87 percent risk of breast cancer and a 50 percent risk of ovarian cancer," according to her doctors' estimates. (Video via ABC)

In her newest essay, Jolie revealed she was planning to have the surgery to remove her ovaries and fallopian tubes for a while now, but had to wrap her brain around the consequences.

"It is a less complex surgery than the mastectomy, but its effects are more severe. It puts a woman into forced menopause. So I was readying myself physically and emotionally, discussing options with doctors, researching alternative medicine, and mapping my hormones for estrogen or progesterone replacement," Jolie wrote.

She'd planned to put the surgery off for even longer, until a yearly cancer screening test came back showing some inflammatory markers — a potential sign of ovarian cancer.

Jolie's mother died from that same type of cancer in 2007.

Jolie's candidness about both preventative surgeries has had quite the impact on women getting cancer screenings.

In 2014, the BBC reported a study discovered the number of referrals to breast cancer clinics to get genetic testing completed more than doubled from the previous year. The researchers attributed the increase to what they called "The Angelina Jolie effect."

To read more about Jolie's decision to have her most recent surgery, check out her op-ed in The New York Times.