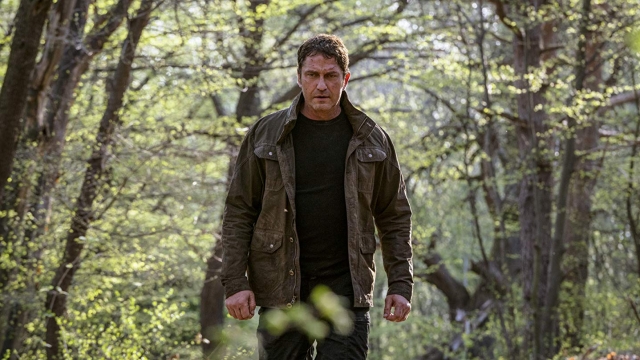 SMS
'Angel Has Fallen' Beats Box Office Expectations With $21M Debut
By Jamal Andress
By Jamal Andress
August 25, 2019
This is the first time Gerard Butler has opened in the No. 1 box office spot since his 2007 breakout hit "300."
SHOW TRANSCRIPT

Taking the No. 1 spot this week is Gerard Butler's "Angel Has Fallen" bringing in an estimated $21 million in its first weekend out. This is the first time Butler has opened in the No. 1 box office spot since his 2007 theatrical masterpiece.

"300" easily took the No. 1 spot bringing in an estimated $70 million and giving Gerard Butler the biggest hit of his career.

But back to the "Fallen" franchise, technically, "Angel Has Fallen" just posted the worst box office debut of this franchise but only by about $400,000.

Where "London Has Fallen" debuted below expectations for the sequel to a popular original action film, "Angel Has Fallen" is overperforming at the multiplex.

And it's doing this despite below average marks from critics across the industry. "Angel Has Fallen" carries a 40% on the all-important tomatometer.

Falling to No. 2 this week is "Good Boys" bringing in an estimated $11.7 million in its second weekend out. Despite dropping a spot at the box office that's a fantastic hold for a this R-rated comedy about middle schoolers.

And last but not least this week is Sony’s faith-based film "Overcomer" bringing in an estimated $8 million in its first week out. That's an impressive debut for a couple reasons.

First, this movie debuted on half as many screens as your average summer blockbuster. "Overcomer" premiered in 1,700 movie theaters this weekend, for comparison, "Hobbs and Shaw" was closer to 4,200.

Second, "Overcomer" posted a better debut weekend than "Ready or Not" which has significantly better reviews and was playing on more screens across the country.

Third, and I just thought of this, it's a movie about cross-country which I think we can all agree is the worst live sporting event you can go to.

As for next week, devastating news with David Oyelowo.