Android Vs. iOS: Can There Only Be One? 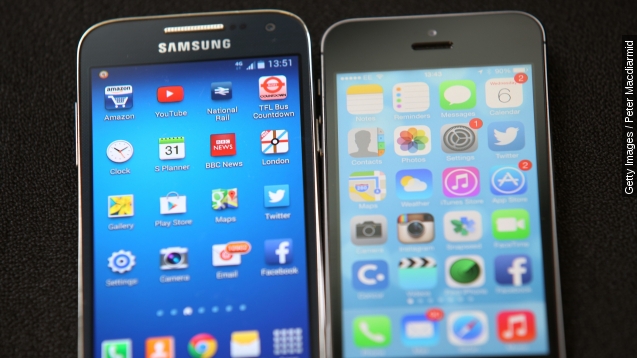 SMS
Android Vs. iOS: Can There Only Be One?
By Ryan Biek
By Ryan Biek
August 20, 2015
Smartphone software, not hardware, runs a big part of the market. But the battle between Google and Apple might leave only one victor in the future.
SHOW TRANSCRIPT

You wouldn't know there's a lack of competition just by looking at phones on the street. A report by research firm Gartner found Samsung currently trumps new sales of smartphone hardware but holds only 22 percent of the market share. (Video via Samsung Mobile)

But Apple and Android are really running the show. In the same report, almost 97 percent of all the smartphones sold this past quarter use one of their operating systems. (Videos via Apple and Android)

But the software industry might not be able to be shared by two companies for long.

Before the iPhone 6 debuted, a survey found only 5 percent of Android users said they'd likely switch. (Video via Apple)

A lot of that loyalty was simply not wanting to pay twice for apps, movies, books and more.

Consider China, which has been the biggest emerging market. A researcher with Gartner said, "Its phone market is essentially driven by replacement, with fewer first-time buyers."

So Apple and Android increasingly need to steal customers to gain profits, and your phone choice is fast narrowing down your options in other markets.

From your commute, to your night off to how you tell the time in between. If apps won't get people to switch phones, how hard would it be to make them switch car, TV and watch integration systems? (Videos via Apple and Android)

So as the two face off, who has the better chance of reigning supreme? It's hard to say.

The Gartner report showed Android captured 82 percent of the most recent quarter's market share, so it already has the advantage in people invested in its software. (Video via Android)

Which could be a problem for Apple because, even though it's improving, Apple has historically given away profits from apps and iTunes to make money off high prices on hardware. (Video via Apple)

But others argue Apple's strength is its unique experience. Samsung, Xiaomi and Motorola all use Android software but also compete with each other –– which may help Apple steal customer loyalty. (Videos via Xiaomi, Samsung Mobile and Motorola Mobility)

With the integrated route technology seems to be taking, whoever has the most loyal smartphone users now might be a monopoly in the future.